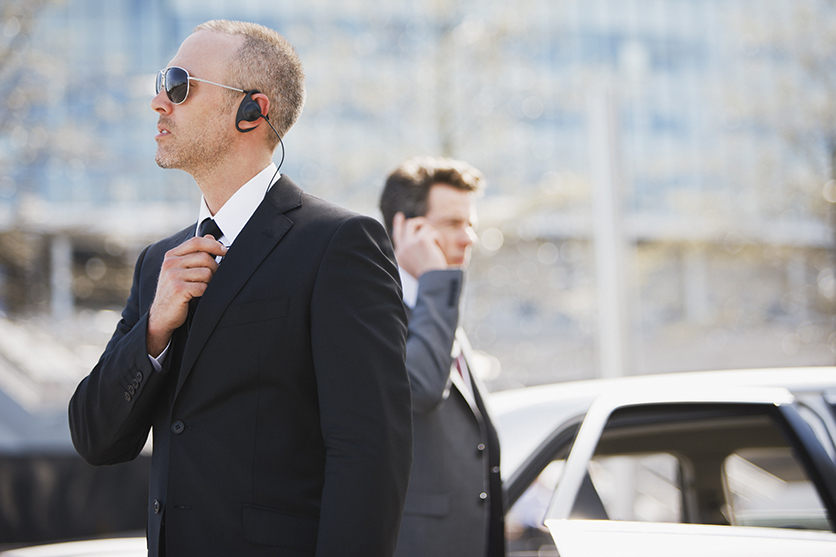 Being a high-powered executive may not be financially risky, but it’s certainly dangerous. Or at least, that’s a reasonable conclusion based on the millions some companies spend protecting their top brass.

Executive compensation reports filed with the U.S. Securities and Exchange Commission over the past several months revealed exactly how much companies spend to protect their top executives. According to the filings, some take security seriously, outfitting “C-level” employees with cars, planes and home alarm systems. Others skimp on safety costs, paying nominal amounts for minimal security systems.

Leading the pack is Oracle , which spent $1.8 million protecting Chief Executive Larry Ellison Larry Ellison last year–a 40% increase from the year before. And that sum doesn’t even cover all of Ellison’s security costs: The billionaire also spent his own money installing top-of-the-line security systems in his Malibu and Woodside, Calif., estates.

So is Ellison in more danger then Google’s famous founders? Not necessarily, say security experts. Most likely, they argue, neither company is fully disclosing their security spending, but are instead folding some of them into expenses that aren’t listed in SEC filings. “Those executives are most likely not revealing their high-end costs,” says Bruce Alexander, president of executive protection consulting firm All Source Consulting Group. “I would guess that they are under-reporting.”

And Page and Brin may be an exception: More and more frequently, large companies are accepting security expenditures as a necessary cost of doing business. They figure that their top executives are some of the company’s most valuable assets, and they want to treat them accordingly. As Ford Motor explained in its April proxy report, “the benefits of providing these programs outweigh the relatively minor costs associated with them.” Ford spent $1 million last year protecting its top executives and members of the Ford family.

Corporations aren’t the only ones worried about security. Americans spent about $25.9 billion on professionally installed electronic security products and services last year, according to a study by Security Sales & Integration magazine.

So what does an executive get for a million dollars? Google and Oracle wouldn’t comment. But Alexander and other security experts say that most of money usually goes to “gates, guns and guards.”

The biggest cost is labor. Typically a top executive will contract with a company to provide guards at their home, both for screening visitors at a gatehouse and stationed around the perimeter of their property. Each guard costs about $60 an hour. Execs may also hire round-the-clock bodyguards for their family, similar to those used by celebrities. Personal bodyguards charge an annual fee that starts at $75,000.

The perceived risks increase when execs travel outside the U.S., and so do the fees. Prominent execs hire additional manpower when they travel to high-crime countries. The guards travel with the executive, find secure drivers and investigate the corporate jet for potential security breaches like unidentified luggage. They scout out hotels, meeting rooms and restaurants in advance

“If we need to get the client out of town or a venue, we know what to do and where to go,” says Jeff Bilyeu, president of the Bilyeu Group. The Virginia-based company provides private security guards for executives, diplomats and heads of state, at a steep cost: Each guard can bill up to $1,500 a day plus travel expenses.

Safe rooms are a popular home security feature. The rooms are designed like upgraded 1950s bomb shelters, with air filters to screen out biological agents, dedicated phone lines, bathrooms and closed-circuit TV systems. Depending on the features, safe rooms can cost in the hundreds of thousands of dollars. “The cost of the safe room is limited only by the threat you are intending to protect [against],” says Alexander.

The third major security cost is for transportation. Many companies require their top executives to use corporate jets or cars for security and time management purposes. Bank of New York spent $959,000 on chauffeur services for its top executives, according to its March 14 proxy. That number may not include the cost of securing the cars and planes, says Alexander. A guard has to “advance” the trip, screening everyone who services the vehicles, from the cabin cleaning crew to the caterers. The cars are often kept in a separate, secure garage guarded by motion detectors and cameras to prevent tampering. “You can’t leave the car or plane alone,” says Alexander.

Some execs would love to be left alone. But their companies claim they can’t afford to let them: High-end security, with all its guards and cameras, is a balance between protection and privacy.